Creating your own storyline, enjoy the unique gameplay, and experience an outstanding adventurous journey, everything will be included in the best text based adventure games. No further, let’s dive into the list!

The game is listed considering the adventure elements and storytelling aspect of the game. The rating given below is the average rating based on user review, gameplay, and criticism.

You may also like: Which Are The Best Story Based Action Games For Android?

CHOICE OF ROBOTS – ONE OF THE BEST TEXT BASE GAME ANDROID

The story takes place in an era where AI and robotics are emerging everywhere. You are an intelligent robot maker from a graduate school facing daily struggles. The choices you make will help you design a robot that can understand the meaning of love or world dominance is only the goal.

Build a unique robot character that will decide the fate of the upcoming future. There are four endings and seventy achievements to unlock. The game has all the Choice of Games character development stats. In the end, you will know your character behavior based on the choices you made.

The player controls the different characters of different kingdoms. Surviving eternal death is the main objective of the game. The wise decision will help you survive the game. The questions asked are based on different storylines.

Breaking up to the next game on best text based adventure games, we have LIFELINE.

After crashing on a far-away planet, Taylor wants to go back home, he contacts the space station to recuse him. He finds the planet is home to hostile, hive-minded parasitic lifeforms called Greens. He has one lifeline, he dies games’ over.

Taylar found out Captain Aya is in critical condition after the crash. Accidentally he contacts you for help. It’s up to the player whether to rescue Taylor with useful information he has or to let him die helplessly. The main objective is to make Taylar survive as you guide him in the unknown exoplanet.

The player awakes in A Dark Room in cold & mysterious place. In the beginning, the only way to survive is to fire the woods, as the game progress, new items are unlocked, explore different places, talk with people, and start a village.

For more survival games, check out:

Things change as a character is forced into a post-apocalyptic wasteland and surviving extraterrestrial beings who invade planets. The game does involve ASCII style graphics and some turned based combat with resource management.

CHAMPION OF THE GODS 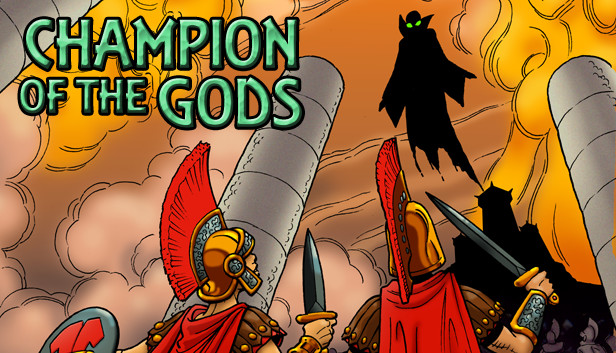 Champion of the Gods is an epic 217,000-word interactive story written by Jonathan Valuckas. The ancient Gods of Greek myth want’s to erase humanity from the world. In the battle, you have to face God to protect this world. Destroy monsters, soldiers, and even gods, embrace the power of justices. Collect items, control your enemies, make allies, find the goddess of love, see into a distinct future, and learn the truth about Greek Gods.

Cultist Simulator is a card-based narrative-driven simulation game, sets on a nameless fiction world where card defines various attributes and action for interactions. The game follows the text-based adventure with minimal story and more interaction.

In the beginning, a player has a career and one health card, with an action button player, acquires various card properties like health or reason, emotions, items, locations, wealth, lore, and others. As the game progress, explore the unusual world, need to collect the various cards, and develop character status to survive.

Thank you for reading!

That’s all for the best text based adventure games. If you have an application in mind for the next issue of the roundup, feel free to send us an email and let us know.