What is Kathy Rain: Director’s Cut? Why this game is so intriguing? Finding the answers with our topic now!

What is Kathy Rain: Director’s Cut?

Raw Fury has been on a roll with the recent release of its excellent sandbox city builder Townscaper, and today marks the launch of Director’s Cut version. This is a reimagining of the original point and click adventure from 2016, and it offers performance improvements along with additional features.

At its core, Kathy Rain is a detective story where you’ll hunt down clues surrounding your grandfather’s mysterious death. You’ll solve puzzles to advance this story as you dig through a mysterious town’s secrets. The game was a delight in 2016, and now that it’s updated for play on modern devices, it’s that much more enthralling, perfect for a Halloween playthrough. 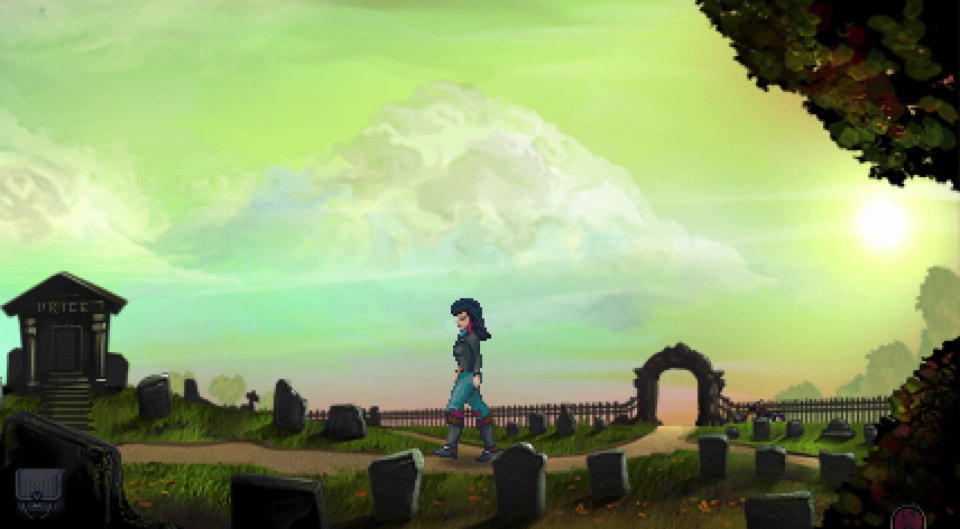 Set in the 90s, the game follows the tale of the titular Kathy Rain as she revisits her old hometown in Conwell Springs for her estranged grandfather’s funeral. He was a decorated war hero, it seems, but given that she moved away and left everything behind when she was a kid, she didn’t really know him—until now.

As Kathy delves deeper into her grandpa’s condition before he passed away, she soon uncovers hints of a sinister past that connects strange occurrences around her seemingly small town. It’s up to you to get to the bottom of things and give your dear ol’ grandma some closure, but are you really ready for what you might find?

At the heart of the game is really its fascinating narrative, which I absolutely devoured. The intriguing tale of Conwell Springs – and all of its quirky residents – is simply too engaging to resist, although I do wish there weren’t so many loose ends (which I’ll get to later).

Typical of the genre, you’ll have to “click” on practically everything in sight to pick up key items and progress through the story. What I loved about this mobile version is the simplicity of tapping on things I wanted to get a closer look at – it just felt so intuitive to simply tap on things and trigger an action as opposed to the old-school style of having to choose whether you want to touch, look at, or walk to (sometimes even lick?) a certain object.

You can hold down on the floor to see which items in the scene are available for you to interact with, making it even easier to go through stuff rather than blind tapping at everything through trial-and-error.

Combining items in your inventory is also a simple drag-and-drop affair, as is asking someone or giving people something from your bag. I also liked the mechanic of Kathy’s journalism notepad, where she conveniently lists down topics of note to ask key individuals about.

As for the puzzles, they’re a bit on the easier side compared to other point-and-click titles, which is a relief, to be honest. You’ll still encounter a headscratcher or two (especially towards the end) that you may just need a guide or walkthrough for, but most puzzles are logical and can be solved simply by paying attention.

Other genre faves include dialogue choices that can spell instant death or labyrinths that have you going around in circles if you head in the wrong direction. You can expect a few of your typical timed events as well, where you’ll need to use certain items in a limited timeframe to survive.

Kathy Rain: Director’s Cut looked stunning on my Samsung, so I really appreciated the upgraded visuals and the gorgeous pixel art sceneries. I wasn’t a fan of the background score, so I mostly had the music turned down throughout my playthroughs (which is a shame).

I did, however, absolutely adore the voice acting, as everyone from Goober to a random nurse is just stellar. Kathy Rain herself is a cynical, almost unlikeable heroine at first, but she grows on you as the game goes on, and her snarky attitude is matched only by her compassion and her heart.

What I took issue with here is the narrative itself, which takes an unexpected and not-so-appealing turn about halfway through the game. While I love a good mystery, the way things were resolved just didn’t resonate with me, and plenty of questions were conveniently explained by not being explained.

I did read somewhere that the director’s cut supposedly fleshes out some resolutions to the original narrative, but, unfortunately, the “fleshing out” just didn’t seem apparent to me.

But mostly, Kathy Rain: Director’s Cut brought back so many feels from the good ol’ Sierra days in my childhood. The story may not be anything to write home about, but the lines are well-written with such wit and humor that you’ll want to keep going to find out how the story ends, anyway.

All in all, it’s nice to see Raw Fury launching yet another quality game on the Play Store. Whether you’ve yet to play through Kathy Rain or explored the game back in 2016, today’s remastered release offers plenty of new content to keep old fans happy, and thanks to the new 16:9 background support, new players will be treated to a modern experience.

So if you’re a big fan of point-and-click adventure games that mirror the fun and style of the classic LucasArts titles, then Kathy Rain: Director’s Cut should be on your radar.

For more new games, check out this link!