The long-awaited Hack-and-Slash ARPG title Undecember is out of the pipeline. In the game, players are able to surpass the conventional limits of skills by endlessly combining a variety of Skills and Link Runes. This is a multiplatform game and supports cross-play between PC and mobile. The title also can be played with a keyboard and mouse, mobile touchpad, and gamepad. Meanwhile, a total of 10 languages ​​are available, including English, Japanese, Chinese (Simplified/Traditional), German and French.

Story-wise, Undecember sees you playing as a Rune Hunter in the fictional world of Traum.

In case you’re curious, Traum was created by 12 gods who were living happily among their descendants until a 13th god, Serpens, emerged from their shadows and started doing evil stuff all over the place.

To rid the world of Serpens, the OG gods were forced to return to the void. But they left their Runes behind. Which is lucky, because you’ll need them to see off Serpens’s creatures and keep the evil 13th god at bay.

As a genre where character growth is tied to devastating enemies to obtain new items, the focus was set on the proposition to “gain strength after wiping out enemies” during development. Stirring away from the typical growth system, players will be able to enjoy completing their own unique builds. Undecember offers players a more advanced ARPG experience.

As you can tell from the trailer, this is an incredibly fast-paced and dynamic action-RPG with some spectacularly explosive combat.

There are no preset class-based attributes to work around, so you’re free to build a sword-wielding spell-caster, a minion-summoning archer, or whatever you like. The possibilities are basically endless.

The most fun aspect about Undecember has got to be the button mashing. Once you’ve got the right build, it’s so satisfying to take on hordes of monsters by yourself as you mash away at the controls. It also provides a nice break from indulging in the often complex rune system.

Unfortunately, there’s nothing groundbreaking in terms of the graphics and soundtrack for this game. While they are competent, they don’t help to separate the game from the rest of the countless fantasy RPG’s out there. 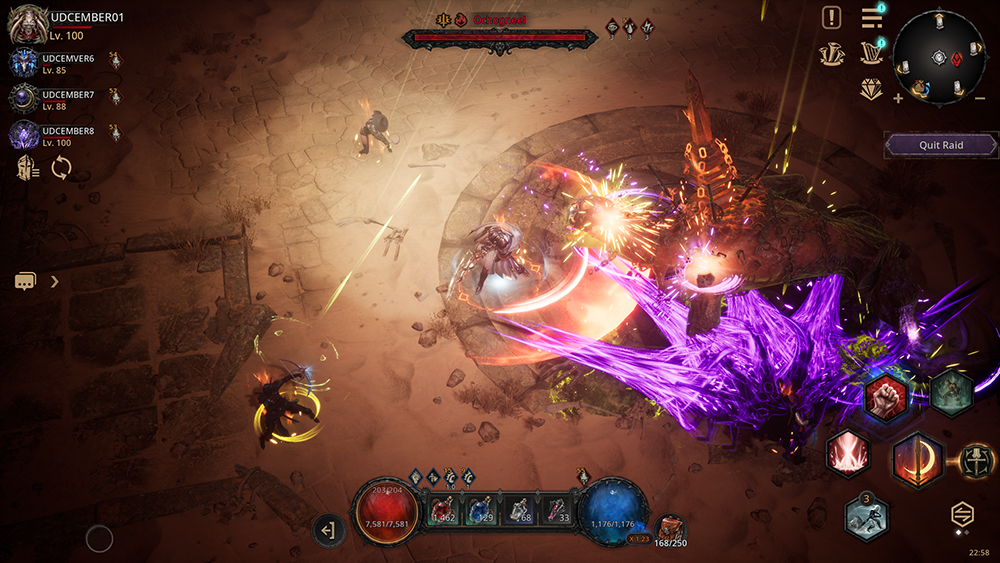 A lot of the time, if you take a quick glance at the screen, you may confuse it for another game such as League of Legends. The soundtrack also falls into the same problem, despite the best attempts from the voice actors and composer.

Despite the weak points in graphics and soundtrack, as well as the gameplay is not too competitive, but if you don’t require too much in a mobile game and prioritize a relaxing experience, this is still a worth-trying game in 2022.

UNDECEMBER Guide: Tips You Need to Know For Boosting Your Abilities