Go through this topic and have a brief book on the evolution of the Resident Evil franchise with its 8th version.

Creepy mansions, claustrophobic corridors, a cramped train carriage – quite often it’s the setting and the way you’re cornered in by the oppressive shadows or fixed perspectives that really give Resident Evil Village games the fear factor. After walkthrough the game deme, you definitely have a lot of unanswered questions. That’s why we are here with some of our theories about this game. 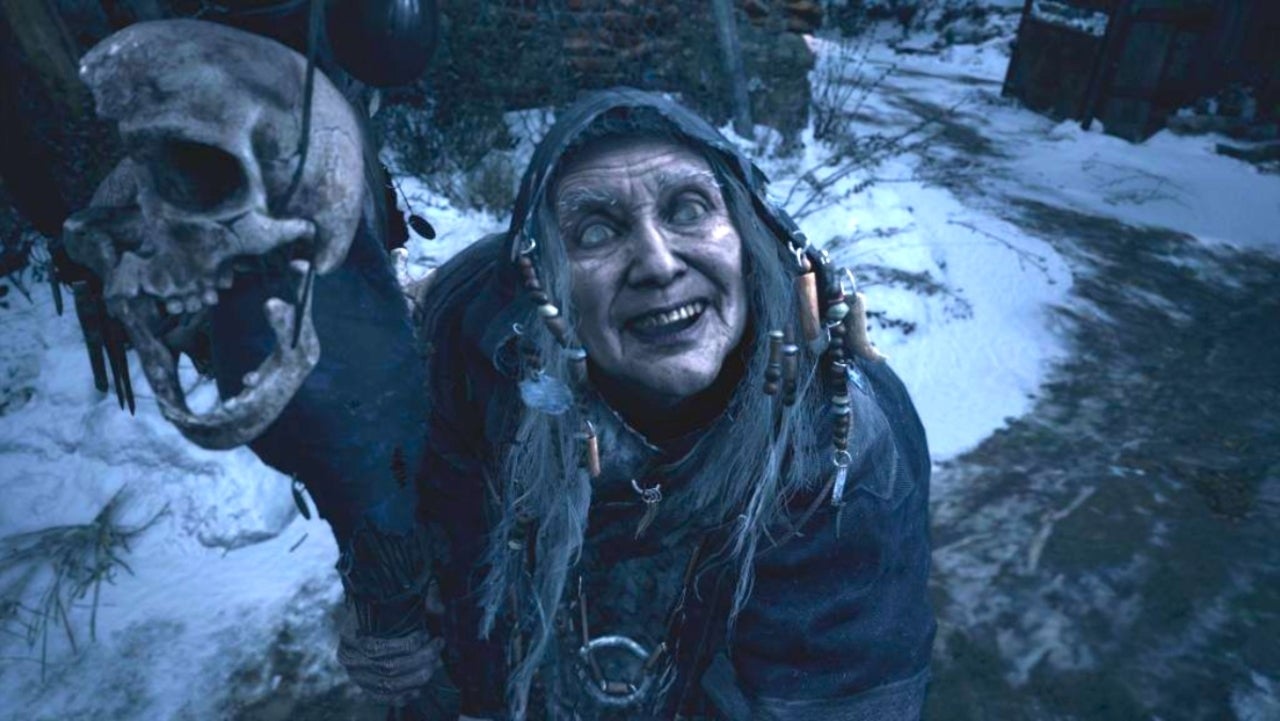 Resident Evil Village puts us back in the shoes of Resident Evil 7’s Ethan Winters, whose search for his baby daughter leads him to a remote village in Eastern Europe. We didn’t expect Capcom to take inspiration from M. Night Shymalan’s The Village but it certainly seems like the clocks have turned back a couple centuries here, with next to no modern gadgetry (even saving returns to old-fashioned typewriters instead of tape recorders) while the few human locals you encounter are dressed like extras from a Victoria period drama, and they’re a feverishly devout bunch.

As large and dense as this village appears to be, don’t mistake it for Resident Evil Skyrim. Exploration still requires finding the right keys or tools – like a trust pair of bolt cutters – to access different areas, or you might enter a house only to have the door behind you jammed, forcing you to push forward.

The first-person perspective returns not to immerse you in freedom but fear, not knowing what’s around the corner, as your exploration still lures you back into dark cramped spaces where the eerie audio design has you nervously guessing what is a jump scare and what might be a genuine threat.

But as much as our early moments in the seemingly abandoned village are purely atmospheric, there are most definitely threats to watch out for. The first to cross our paths are Lycans, a sort of zombie-werewolf hybrid, capable of moving and clambering around the environments at a dangerous pace.

Fortunately, rather than running around cowering like you did for most of RE7, Ethan feels more equipped in a fight, even if it’s as simple as just being able to guard from attacks or push back enemies. These Lycans aren’t completely feral either, some watching you from a distance, some able to wield machetes while others ride on horseback, and all in deference to their hairy hammer-wielding leader, who may also be a man called Heisenberg. In fact, the whole scene gives us Bloodborne vibes, and given what a masterpiece that was, that can only be a good thing.

SOME ASSUMPTION OF FOUR SHADOWING 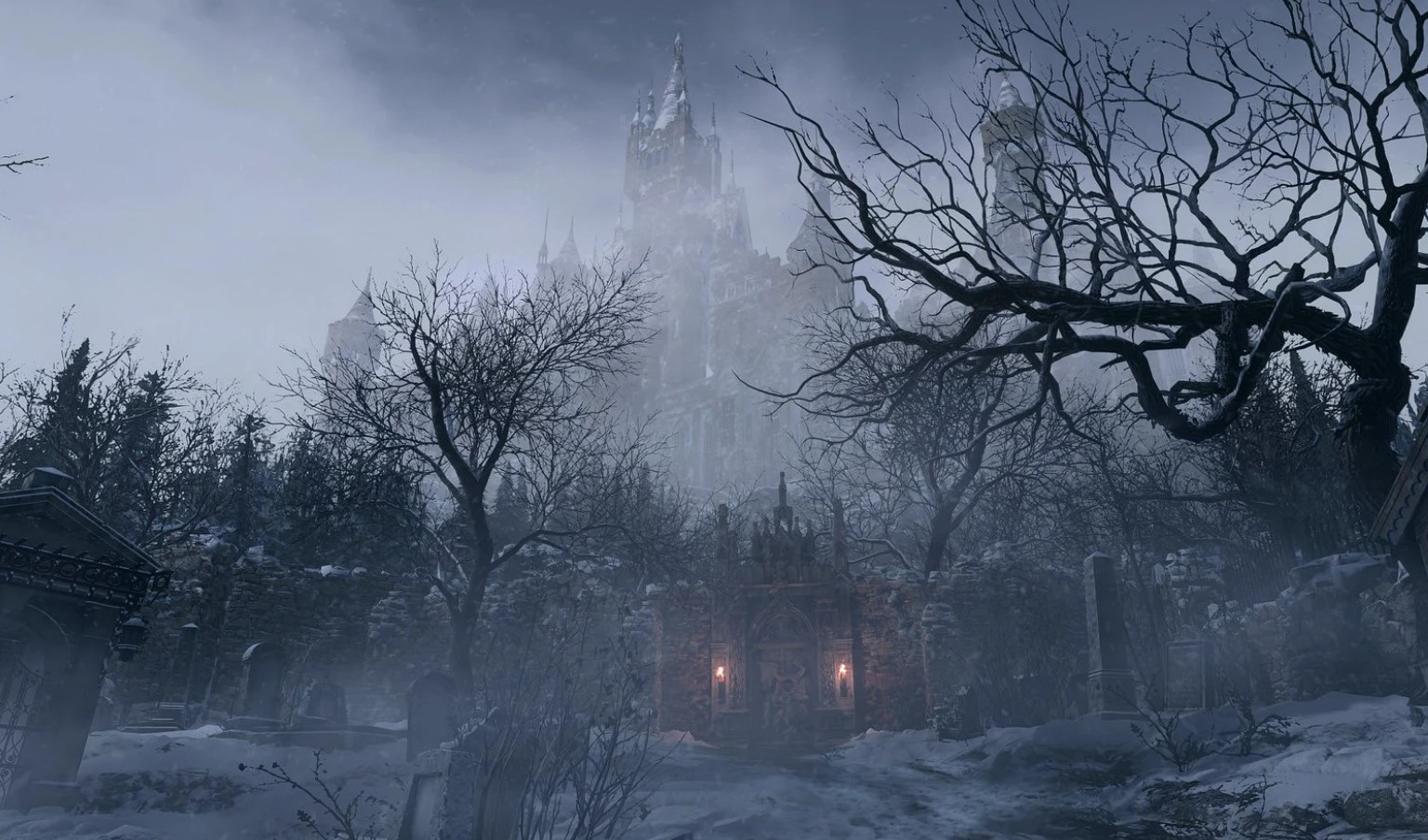 What Village harks back to most however is Resident Evil 4, which first brought the series into action game territory to masterful effect. Besides sharing a location in rural Europe, it certainly feels more action-packed as you fend off Lycans, who also drop money once dispatched. Where there’s money, there’s a place to spend it too, with the return of another oddball merchant calling himself The Duke who sets up shop in unexpected locations where you can buy items, weapons, and upgrades. Even inventory-Tetris is back as you carefully manage your weapons and supplies in your briefcase, as well as finding new items that can craft anything from medical herbs to ammunition.

But if Village is incorporating RE4’s action gameplay and quirks, it does so without diluting the horror side, notably how you’re still being pursued by foes as frighteningly invincible as Nemesis or Jack Baker. None however have had quite the huge reception as Lady Dumitrescu, the glamorous vampire giantess who’s been an internet sensation since her reveal. Our encounters with her so far prove that it’s not all her for show either, as her imposing figure – and razor-sharp claws that make Freddy Kreuger’s look like your kid’s school scissors – calmly stalks you around her foreboding castle. While we still don’t know how big a part Lady Di plays, she’s actually one of many from a rogues’ gallery, including her younger brother the aforementioned Heisenberg, a creepy girl/doll straight of Bride of Chucky, and the big cheese herself Mother Miranda, who’s still shrouded in mystery.

The most terrifying however might be the giantess’ three very thirsty daughters – which is both as literal and suggestive as it sounds – who can’t wait to feast on Ethan’s man-blood, whether it’s slicing into him with a sickle or coming in close for a bite. What’s worse is they transform into a swarm of insects, flitting in and out of form, making a mockery of your bullets. The nightmare of RE7 might have made Ethan more of a hardened survivor, but against these frightening women – you might want to run and hide after all.

So, that’s all we conclude after Resident Village’s latest demo. If you have more interesting ideas of the back story or mysteries of the game, please share them with us in the comment section below.

Things You Need To Know Before Access The Witcher: Monster Slayer Soft-Launching

Best Streaming Movie Apps For Android As Of 2021

Appvn Apk And Others App Stores For Free Apps Downloading