What is Warhammer 40000: Mechanicus? Why is this game worth playing? Let’s find the answer with this article.

There have been more and more games released in recent years based on Games Workshop’s Warhammer 40,000 universe, which is certainly harder for non-fans to digest than the much more easy-to-swallow orcs and dwarves and heroes of 40K’s fantasy counterpart. Anything featuring Space Marines would be relatively simple to get your head around, but the rank and file soldiers of this universe are the least interesting aspect. Games like Warhammer 40K: Inquisitor – Martyr focus instead on the less flashy elements, and Warhammer 40000: Mechanicus from Bulwark Studios does the same.

What should we know about Warhammer 40000: Mechanicus? 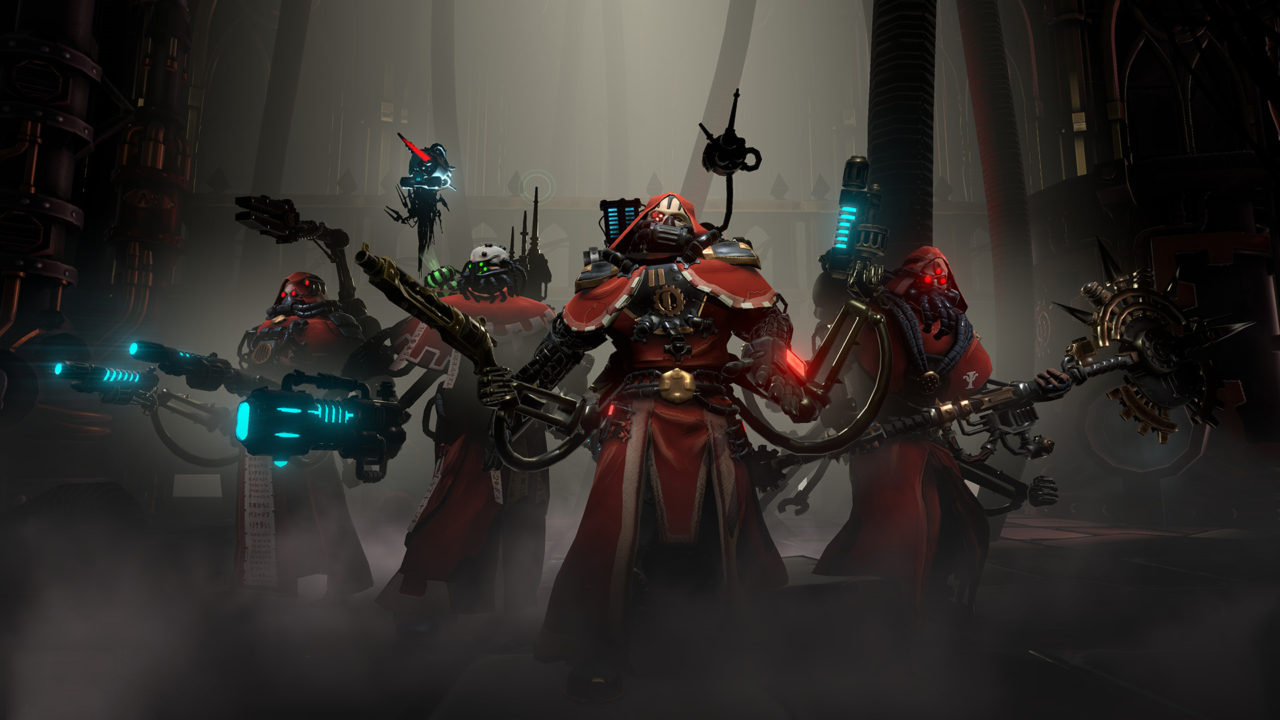 The Adeptus Mechanicus are the tech-worshipping space wizards of this particular universe, a mix of machine and man who revere science and doctrine above all else. They’re an ugly, bizarre bunch, but they’re undoubtedly more interesting than the frontline grunts.

Previously released on PC, Mechanicus is an XCOM-style tactical action game that sees the craggy old tech-priests investigating the reawakening of the Necrons, a bunch of undead creatures that riff off our legends of ancient Egypt. They’re encroaching into the Galaxy, and the Adeptus Mechanicus want to know why, and they have limited time to find out. A Doomsday Clock starts ticking down after the prologue is done, adding an element of urgency to proceedings. The story delves deeply into Warhammer 40K lore, but suffice to say the Imperium of Man is under threat of annihilation, which is mostly par for the course.

After you assemble your team of wizened cyborg types, you’ll take them on missions through small compact areas filled with rooms to explore and enemies to engage. The overworld is presented as a hologram representation of the immediate area, and as you travel around it you’ll encounter various points of interest. Most rooms offer a small narrative choice such as whether or not you investigate an anomaly, but to be honest, I often took risks expecting them to pay out only to find that most of the choices were fairly arbitrary. Really, they’re just there to give you something to do beyond fighting.

Why is Warhammer 40000: Mechanicus an entertaining experience? 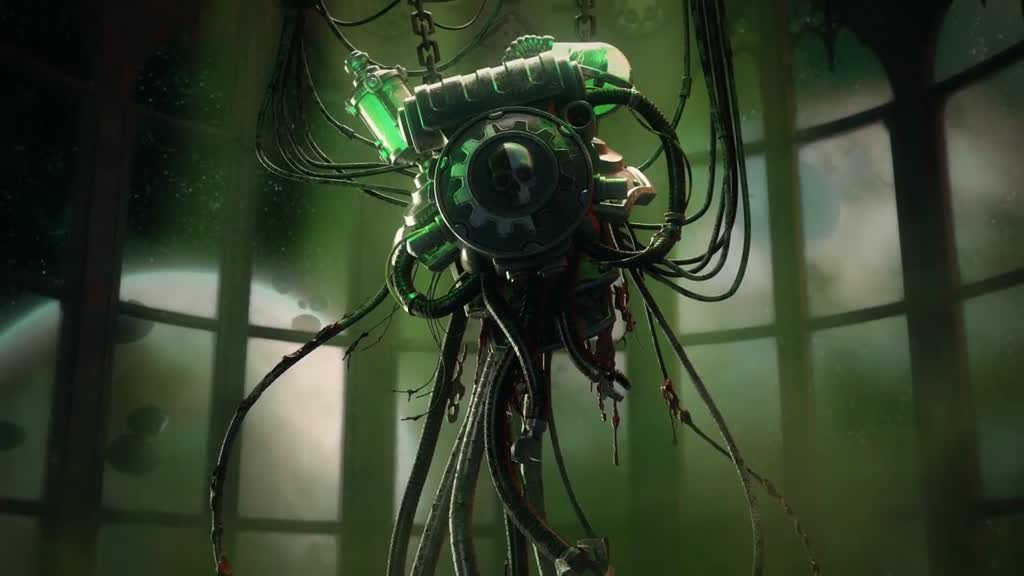 The combat encounters are the best part of Mechanicus. Each of your priests can move and act based on Cognition Points, which are earned back by damaging the enemy or exploring the arena. Enemies will spawn throughout the fights, along with ServoBots that will heal them and damage you if you get too close. Grid-based and turn-based, you’ll use each turn to do as much damage to the enemy as possible, or utilize skills and abilities to heal or buff your priests. It’s not anything we haven’t seen before, but the aesthetic will trick your mind into thinking it is.

The biggest change from the established XCOM formula is the lack of cover, destructible or otherwise. There are no waste-high walls or trees to slam yourself against, which means waiting around for the enemy to make a move is usually suicide. It’s much more beneficial to take the fight to them each turn, which of course opens you up to the associated risks. It took me a while to get my head around having nowhere to hide, and the first few encounters were a little frustrating given my lack of abilities. After you’ve upgraded your priests a few times, the frustration is mitigated slightly.

You can also call in Servitors to fight for you, but they do limited damage and don’t last long in a ruck. They’re really there as a way to harry the enemy, giving the Necrons something to focus on while you get your main party into position. It takes a while before you can call in stronger units, but in the meantime, they at least give you another tactical option.

Thankfully your priests are a diverse bunch, and you can customize them in a variety of ways, equipping them with melee and ranged weapons and taking them down one of several specialist paths. These paths boil down to the standard melee, ranged, tank, rogue, and magic archetypes but with various degrees of each that give you a lot of freedom to build your party however you see fit. If you’re a genre veteran it won’t take you long to get acquainted with the way Mechanicus wants you to play, and once you know what you’re doing it’s surprisingly varied.

Aesthetically speaking it’s not the prettiest game. It flows well enough with very few technical issues (I spotted the off stutter when switching quickly between units mid-battle), but the palette isn’t particularly bright. It’s a lot of black, brown, gold and green, and despite a certain level of detail in the environments none of them really stood out to me as anything but places to fight.

Likewise, the story isn’t overly stand-out. It’s written by Ben Counter, a veteran Warhammer 40,000 author, and so it will thrill long-time fans with tidbits of lore and Easter eggs to find, but as a non-fan, I struggled to keep up with many of the names and terms and soon realized that I wasn’t all that invested in the storyline and didn’t need to be. The constant banter between the priests is entertaining enough, and Counter has a superb way of building on an existing universe with every sentence, but like many games in the genre, the story is but a framework for the action.

This is a very different beast to Inquistor – Martyr, but fits the Warhammer 40K universe just as well – then arguably does a better job within its genre. It’s not the most visually impressive game, and non-fans will struggle with some of the lore and story elements, but Warhammer 40,000: Mechanicus is an interesting entry into an increasingly saturated genre that manages to stand out on its own merits.

That’s all you need to know about Warhammer 40000: Mechanicus before playing this game. Hopefully, this article will give you useful information about the game. Now, no more words, let’s download Warhammer 40000 now and travel through the whole wide world of this game.

Read next: What Should We Know In Call Of Duty Warzone Nuke Event?