What is Slime Isekai Memories? Why this game is one of the most worth playing games in the last 2021? Let’s find the best answers with our topic!

With a lot of great features for a turn-based RPG game, Slime ISEKAI Memories is such a great game to binge playing within a bunch of bug and trust adaptation games out there. So, how good is this game? We will tell you below!

For more turn based game, check out:

What Are Best Games For Fan Of Turn Base Combat? 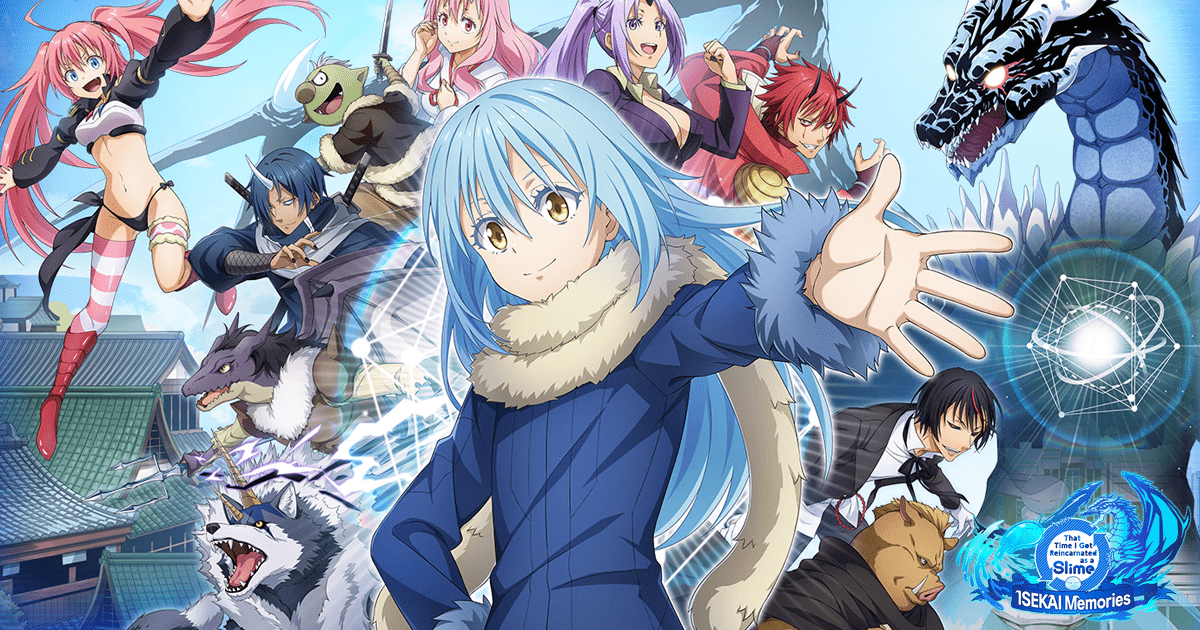 As a fan of anime, we will judge an adaptation game is good or not based on not only gameplay but also a faithful story that is connected directly to the original version. So, plot is somehow can be considered as a determinant to the success of the game.

A lot of games based on anime/manga failed because of suck plot that is a big mess. Fortunately, Slime ISEKAI Memories didn’t face the same consequences.

If you ever watched the anime on your streaming site of choice, you will be happy to know that ISEKAI Memories lets you experience the two seasons of the anime across its story chapters. It has been a while since its streaming, so it offers a good chance for fans to revisit the franchise’s signature scenes.

That is not to say the story features ONLY elements from the anime, however. The game also features original stories specially crafted for the game, so there is something new for everyone to enjoy.

Beside an engaging story, we can’t be neglected a very enjoyable gameplay of Slime ISEKAI Memories. Here are some really interesting missions and brief guide that will make you dive in the game:

Get Your Favourite TenSura Characters in Bazaar

The game’s Bazaar is where you’ll get your favourite TenSura characters. The gacha rates aren’t too bad, with 4% chance to get a 5-star character.

Also if you recruit 100 times, you’ll receive 100 Bazaar Points, which you use it to exchange an SSR of your choice. It’s worth noting that Bazaar Points do not carry between banners, and will reset to zero once the related banner ends.

Customise Your Own Village to Get Benefits

In the anime, Rimuru becomes the saviour of a village. The game also offers a village system for you to construct different buildings like Restaurants and Houses. More game’s features such as building a party of five, will be unlocked when you have enough residents in your village.

You are highly recommended to build different facilities to increase the population, as it decides the skills and benefits you’ll obtain. Some facilities also create resources, for example the Restaurant will produce Gold, and the Training Grounds will produce Magicules, orbs needed to level up your characters.

The turn-based command battle system find similarity to Fate: Grand Order: each turn you can select between seven icons, each with varying colours.

You can either select three blue icons or three Rimuru faces, ignoring the colours. The more colours/ faces you match, the more powerful your attack is.

Each colours brings different effects; the Green ones fill up the Skill gauge; while the blue ones fill up the Protector Gauge, which can unleash a powerful blow once filled. Finally, we got the orange ones.

When the orange gauge is filled, the character can unleash their “Signature Move”. What that move will do varies depending on the character.

You can also use characters’ skills to change the colours and unleash powerful combo attacks. There are also an Auto Mode and Speed-Up Mode to make everything easier.

Players are advised to keep an eye on the elemental matchups. Aside from Light and Dark, which are weak and strong against each other, you also have Wind, Water, Fire, Ground and Space.

If you have a full Fire party and go against a quest full of Water enemies for example, you’ll struggle with reduced damage, and the enemies will wipe the floor with you with increased damage.

Bond With Your Allies

In That Time I Got Reincarnated as a Slime – ISEKAI Memories, you can bond with the characters by sending them gifts, or by interacting with them at Home. You can also complete special Quests to obtain Bond EXP.

Raising Bond Level not only grants you different rewards, including Metacrystals, you can also obtain stat bonuses to their HP, ATK, and DEF. By obtaining alternate costumes from Gacha or special Login Bonus, you can dress up your selected character however you like. Each costume also has its own set of unique dialogue and voices, but requires you to raise your Bond Level before proceeding.

Chancellor Skills offer many benefits. To obtain them, you must clear Missions and increase your Great Sage rank. This includes the signature skill Accelerated Thinking, which further increases the speed of the Speed-Up mode.

There’s also Parallel Processing, which allows you to dispatch parties on quests and obtain rewards even when you go offline. You can also set the amount for the quests and get double and even triple rewards as many times as your stamina allows! If you’re like me and have tons of gacha games to tend to, this feature is one of the best you could have!

Even if you are not a fan of the anime, you are still recommended to give it a try. Not everything in ISEKAI Memories is perfect, but the game somehow does its job as a gacha game and adaptation game really well.

Thank you for reading, for more games like this, check out:

Amazing Mobile Games Based On Movies You Shouldn’t Miss