What are the best new Android apps that went in Google Play? Let’s check out with the roundup below. 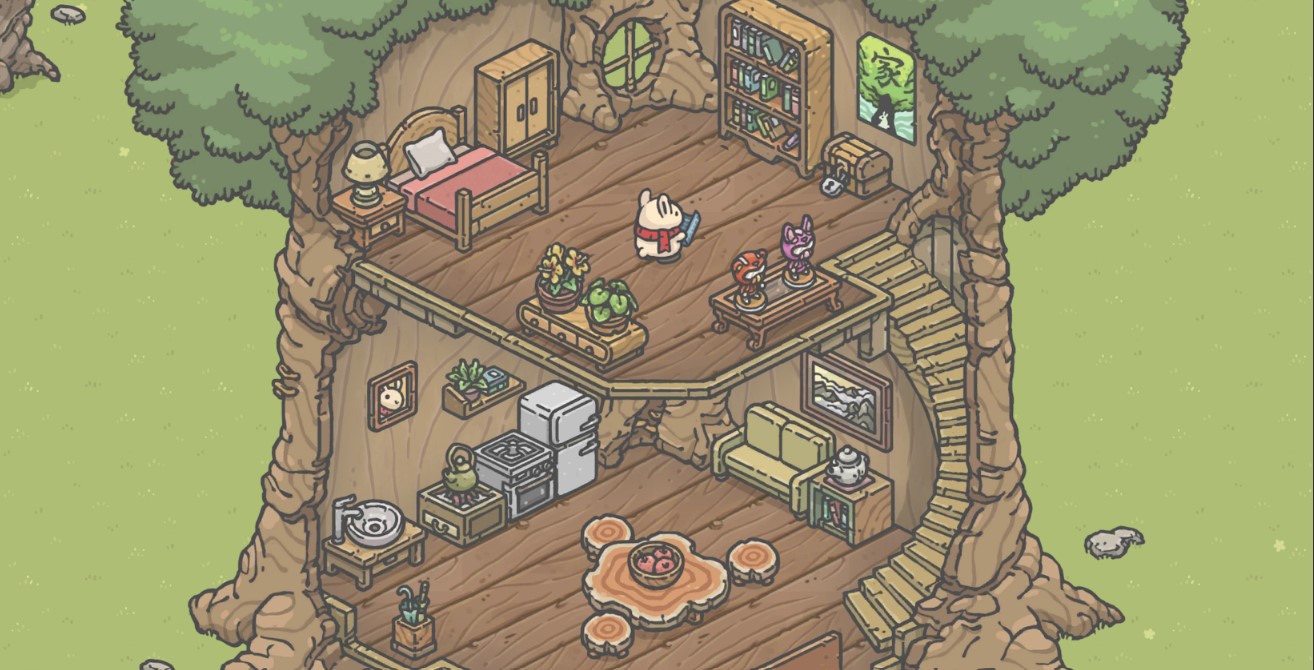 Hyperbeard has pumped out plenty of casual pet games over the years, and Tsuki’s Odyssey is the latest to join the collection. The thing is, this is a passive game, where you’ll simply check in on the game’s main character to see what they are up to. You don’t have direct control of this animal, though you can decorate their abode, making this more a slice-of-life title than a pet-raising sim. So if you enjoy casual life simulators that offer adorable graphics, then Tsuki’s Odyssey is easily worth a look.

Valley of The Savage Run

At first, Valley of The Savage Run doesn’t look like much, but it’s actually a reasonably challenging game where you control two characters in order to accomplish your goal. Both characters will have to dodge enemies as they make their way to each stage’s end, and sometimes both characters will have to combine efforts to reach that goal, so you will have to spend your time thinking of the solutions to the game’s puzzles. Sure, the graphics might look a little basic, but once you boot the game up, you’ll see that things look a lot more appealing in motion.

The Spike – Volleyball Story is apparently a remastered version of the original game. While the graphics are nice, the controls will take time to get used to them, to the point the dev even mentions that this is a challenging game in the title’s description. Of course, you’d think a remaster would address lackluster controls, but I guess not. Thankfully the game can be fun, but you will have to put in the time to get used to the controls if you wish to succeed. 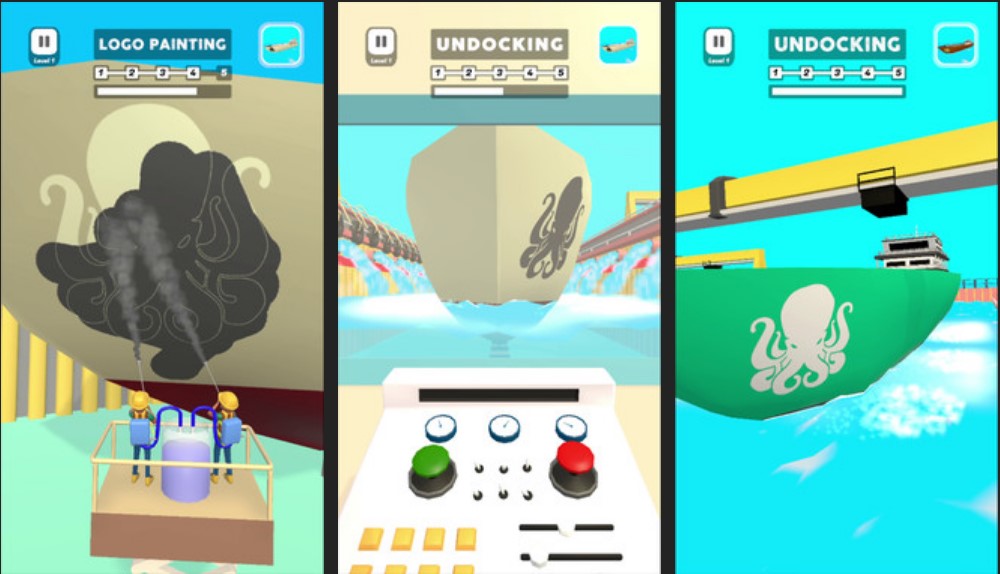 Ship Dockyard might not offer impressive graphics, but the theme is pretty unique. You’ll fill the role of a dockyard worker by docking ships, and then you get to restore them to their glory by choosing how to paint them. So yes, this is a casual game with casual gameplay, but you have to admit the theme is pretty unique, which puts this a step above most casual games since the majority are busying copying other titles. And since this game is completely free, everyone can take it for a spin to make up their own minds.

Imposter Clash is an early access release, and it clearly offers art that looks highly similar to Among Us, but since this is a puzzle game, at least the gameplay differs. The setup is simple. Run around, collect your crew, and take on any monsters standing in your way. The more crew you collect, the better. The game is free (with ads), and it can be fun for casual play, so if you don’t mind the familiar art, then there’s no harm in taking this puzzler for a spin.

Santorini: Pocket Game offers an extremely pleasant theme for what is basically a city builder, along with calming music. So from the outset, this game almost looks appealing, and then you discover that the city-building mechanics are extremely shallow and that the game is stuffed with in-app purchases. Forced ads are in the mix as well, which completely ruins the relaxing atmosphere, and since the title basically plays like an idle game, it’s a dull slog. So even though this game sounds and looks like a winner upon first glance, it’s anything but.

Drifty Runaway – Step on the gas!

If you’ve played Pako’s police avoidance racers, then you’ll know exactly what to expect from Drifty Runaway. While this game is something of a clone, it offers a few new mechanics, such as weapons that can be used against the cops chasing your car. This adds a bit more depth to the gameplay, and since there are seven levels to run around on, there’s a good bit of content to explore too. Sadly the game is monetized aggressively, so if you’re looking for something that isn’t as greedy, I’d recommend sticking with the Pako series.

Summoners War: Lost Centuria is the latest release in the Summoners War gacha series, and as expected, it’s a cash grab filled with awful balancing. The game’s permissions aren’t great either. All in all, this is yet another gacha game that offers more of the same, built from the ground up to empty pockets, so it should be easily avoided unless you enjoy wasting time and money on cynical junk designed to take advantage of its player base. The performance is mediocre, as well, if the horrible monetization wasn’t enough to deter you.

Dinosaur Park – Primeval Zoo is a typical free-to-play kingdom-builder. You’ll create features in your zoo to show off your dinosaurs, and much like a theme park sim, some dinosaurs attract more visitors than others, so this also plays like a tycoon game. Still, the title is monetized aggressively, and the constant wait timers ensure free players will never be able to sit down for a lengthy session. But hey, if you enjoy being annoyed in to spending money to remove false roadblocks, then this is the game for you.

Strange World is an RTS game that also offers survival mechanics because this pads out the gameplay to ensure people grind or pay money to alleviate said grind. After all, few F2P mobile games are created for fun. They are created as money grabs, which is why this game is balanced so poorly. You will indeed hit a wall where difficulty jumps considerably, and that’s because it’s a tried and true false wall to get people to pay money. Sure, the game is somewhat interesting if you enjoy RTS titles, but the monetization and balancing ruin it.

Titan Slayer is an early access release, and it’s a card-based roguelike RPG. As expected, the game is already stuffed with in-app purchases, and there’s even a season pass because, of course, there is. This game is a blatant cash grab that isn’t even finished, utilizing card-based roguelike gameplay we’ve all seen before, with PvP to ensure people pay up. But hey, if you enjoy playing to win, then you’ll love dumping money into Titan Slayer.

It’s 2021, and people are still developing tower defense games for mobile. Worse yet, these rehashes rarely look better than what was available back when the genre hit its stride years ago. Mini War: Pocket Defense is the latest generic tower defense game to land on the Play Store, and as expected, it’s filled with in-app purchases, plus it’s stuffed with ads. Where’s the creativity, the passion, the enjoyable gameplay? Well, it’s not to be found here, that’s for sure.

Join Appvn – one of the biggest app and game stores of 2021 right now to play these games free.