What are the newest game releases on Appvn? Check out this topic now for not missing out on any hot content.

Don’t hesitate and enjoy the atmostphere of football games with this game. If you want to find something relevant to Pes 2021 and Dream League Soccer 2021, Soccer Cup 2021 is the best option for you. This is one of the most realistic football games with breathtaking matches. There are many free football games, but none of them are like this one. Moreover, it’s totally free, so why not trying it now and make your own winning through the climax football matches.

If you couldn’t tell by the name, Live Cycling Manager 2021 is indeed a cycling management game. You’ll start out with a weak team that you’ll have to manage in order to find success, but this won’t come easy. If you’re big into cycling, then you may get a kick out of the management mechanics in this release.

Best Racing Games For Android For Fan Of Speed

Crash Delivery is a fun 3D delivery simulator game full of unpredictable decisions and crazy rides. It’s a combination of the most fun gameplay activities you can imagine: car destruction, stunt driving, car flying and much more. Warning: this game is ADDICTIVE! Just barrel your vehicle as fast and far as you can, and don’t you worry how badly it breaks or how big a mess it makes! Crash Delivery is a fun crash simulator at its best — enjoy car wrecking and fun jumping. It’s the craziest crash drive experience in your life.

Being an alchemist is as simple as putting “things in the cauldron and twirly twirly while saying ‘guru guru’” – at least, according to the Atelier series. Since the very first title in the franchise popped up in 1997, the beloved IP has been honing the brightest alchemists around the world with quirky casts of characters and engaging synthesis systems.

And now Koei Tecmo and Boltrend Games have just brought the ever evolving JRPG to mobile with the release of Atelier Online: Alchemist of Bressisle.

Reasons Why You Should Play Atelier Online: Alchemist of Bressisle

Are you always looking for MMORPGs to play and have a good time while at it? Well, one title that could be worth checking out is Immortal Legend: Idle RPG. Developed by UnlockGame, the screen orientation in this game is vertical. As a result, this allows mobile players to enjoy one-handed operation. Keep in mind, though, that you can still install it on PC to get more screen real estate by following the instructions shared in this post.

The game sets players in a tumultuous battlefield where their character fights to gain power and transform into a Celestial. Along the way players unlock new skills and customize their characters with equipment and outfits.

Do you have what it takes to go from rags to riches and become the ultimate shopkeeper? Equip and command mighty heroes to emerge victorious in battle against epic bosses lurking in the treacherous dungeons of Aragonia and carve your name in history as the top ranked shop hero! Immerse yourself in a Simulation Tycoon RPG like no other, where you are no longer the hero protagonist but rather the friendly shopkeeper that makes or breaks each heroes’ fate.

Install Shop Heroes Legends for FREE to design, craft, build and quest your way to the top of the charts and emerge as the preeminent shop tycoon across all of Aragonia!

Don’t Miss The Biggest Titles In All Action Rpg 2021 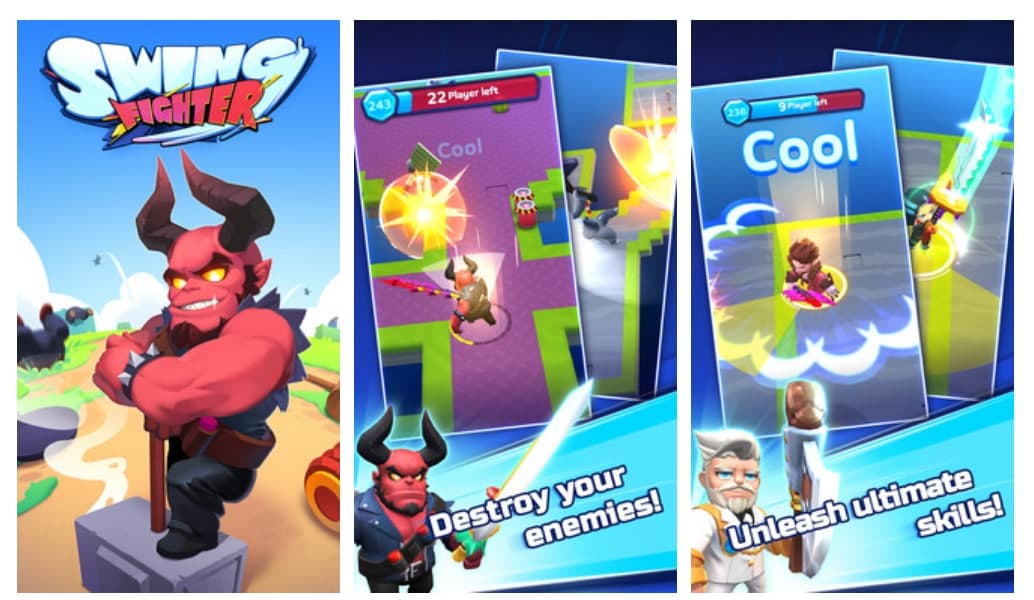 Swing Fighter is just like the other swing fighting games. You’ll constantly swing your weapon to move and attack, where surviving as long as possible is your goal. Of course, death is a constant, and you’ll be served plenty of ads every time you die. Too many ads, in my opinion, it’s annoying, and since there’s no way to remove these ads, this is a game that’s tough to recommend but in some aspect, it’s still give me interesting moments. So, if you don’t mind about ad, you can check out this game!

Rage of Destiny offers similar gameplay to AFK Arena. The game is a Western-fantasy world with stunning visuals and audio, with fascinating gameplay that will addict you for the very first time. Play now and have your own experince with the magical of Rage of Destiny world.

Hottest Mobile Games You Can’t Afford To Miss In 2021

This is a intriguing mystery game that gives you the choice of finding objects or matching gems in a row to advance in a storyline full of twists and turns set amidst the atmospheric backdrop of the Caribbean. Choose how to play on a whim: either mystery hidden object or match-3 to please your tastes and interests. Start your mind-boggling sea journey right now!

Enemies are firing at you! Uncover a gangster car racing game designed to give you an adrenaline rush! Pick up your gun, tap to aim, shoot them with your legendary gun skills! Rob the bank along the runaway adventure and loot cash, valuables as you want! Repel the enemies who come to chase! Upgrade your vehicle and do not let cops catch you! Real racing on a death road to escape will give you an exciting experience!

Best Shooter Games Free You Can Download Now On Appvn

MergeCrafter is an uncomplicated game that’s all about merging voxel blocks. While there are already many merging games available on the Appvn, I do think it’s pretty impressive that this title evolves as you merge, meaning you’ll eventually reach puzzles where you’ll merge in totally different environments, making for a nice change of pace as you work towards the end game. While we’ve covered this title in a previous roundup when it was still in testing, this week marks the official release.

Best Sandbox Games To Consider For Fan Of Minecraft

That’s all for the newest games on Appvn. Hopefully you will have an enjoyable week with these game. Let’s access Appvn.net every day to update more news about game and app!