Welcome to the roundup of the best new Android games that went live in the Appvn. Check out now!

Super Slime Rush is a slick game where you’ll navigate a ball through an obstacle field. Think Monkey Ball mixed or Marble Madness, and you’re getting close. It’s a game styled after old-school arcade-like gameplay, and it’s a blast. The touch controls work well, and there are a bunch of collectibles to snag as you explore each stage, providing a solid bit of longevity to the game. Plus, this is a premium release, so you can’t really go wrong.

Psychofunk is a puzzle-based platformer that offers simple graphics and enjoyable gameplay. Much like Lemmings or its many clones, your character will move on their own, and it’s up to you to ensure their survival by interacting with objects in the game. It’s a familiar and straightforward setup, and it works well. Plus, there are boss fights in the mix to spice things up.

Not Exactly A Hero!

Not Exactly A Hero is a fun visual novel where you’ll fill the role of a regular person tasked with supporting superheroes, which is an intriguing plot. Like most choose your own adventure games, there are many choices to make, and these will affect the outcome of the game, which offers nine different endings. So if you’re a fan of quirky visual novels that are smartly written, then I definitely recommend checking out Not Exactly A Hero.

Save the Sun is an enjoyable casual platformer where aliens have stolen the sun, and so you’ll recover it piece by piece as you traverse the game’s puzzle-platforming stages. This is a 2D affair, and it’s stage-based. The touch controls work well, and as you advance, you’ll earn currency that can be used to purchase new skins, or you can choose to unlock all of the cosmetics in the game for $2.49, a nice option to have. For a game that started out at a game-jam, this is a nicely fleshed-out title that’s easy to understand and fun to play. 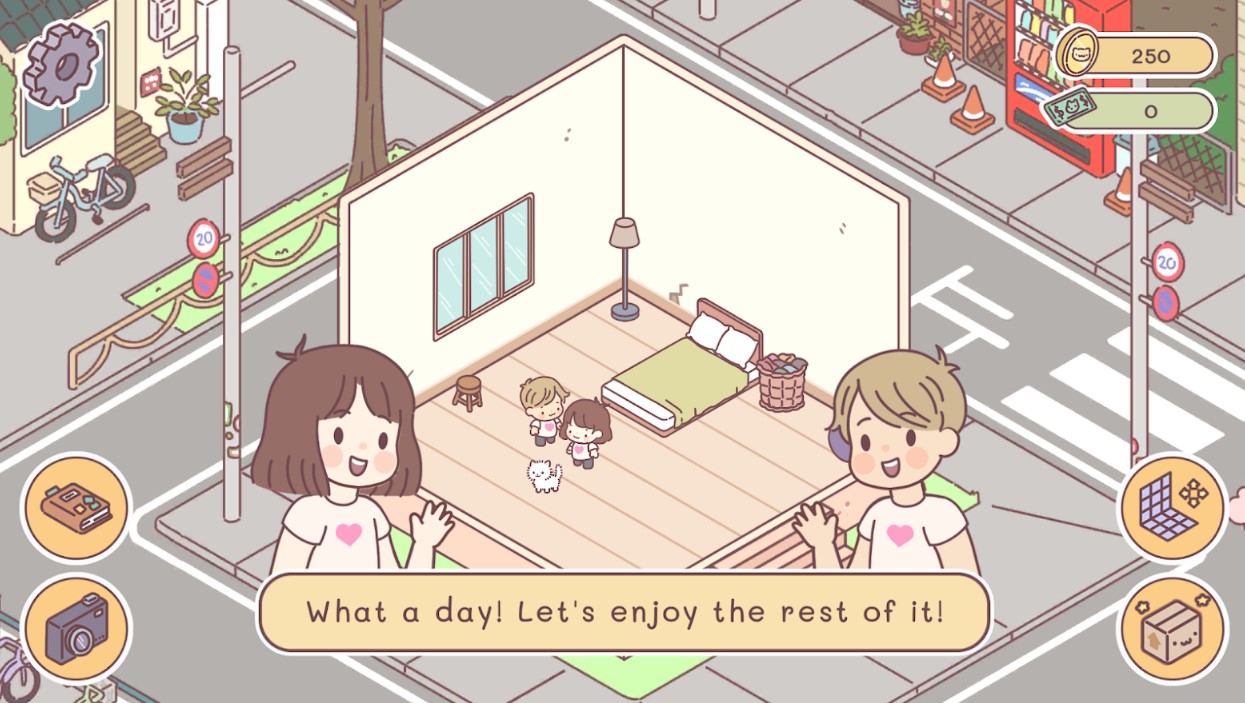 Pocket Love may not be the most attractive name for a mobile title, but luckily its gameplay holds its own. This is a life simulation game, HyperBeard’s bread and butter. As you can imagine, you’ll get to set up an adorable life with a partner, and you even get to choose a pet. More or less, the gameplay revolves around decorating your house, with all sorts of items you can order with the in-game currency you earn as you play.

Nano Legends is described as an interactive 3D tower-rush champion brawl RTS game, but really it’s just a Clash Royale clone with a bunch of extra monetization avenues. This means you’ll collect heroes to use on the field, all the while building up your kingdom in a never-ending loop of grinding. Between the generic gameplay, fake 5-star reviews, and the greedy monetization, this is an easy title to skip this week since it has no redeeming qualities.

Catopia: Rush is a casual dungeon rush game where you’ll use simple one-touch controls to maneuver your team of cats as they battle endless hordes of enemies. As you would expect, there’s also a kingdom-building mechanic tacked on, which is why you’ll grind through the game’s casual battles by tapping buttons here and there to pull off certain moves. Performance is lackluster, and the game is monetized to the hilt, so this is a cash grab. Hardly surprising, but this is what passes for gaming on mobile these days.

Don’t you love it when the trailer and screenshots show as little of a game as possible in order to keep interested parties in the dark? I know I do. Sure, the swarm of fake 5-star reviews and the 2.5-star rating could be a sign this strategy game is a cynical cash grab, but the dead giveaway this game is trash is the fact the publisher doesn’t want anyone to know what it plays like before it’s installed. Just another greedy gacha game with a horrible drop rate, easily avoided.

Warhammer sure loves to lend out its property to anyone who has the cash, quality be damned, and so Warhammer 40,000: Lost Crusade is the latest Clash of Clans clone to land on the Play Store. Sure, this game may be labeled as an MMO, but it’s a standard kingdom builder, filled with all of the greedy mechanics you’d expect from a blatant cash grab. So far, reviews have been unkind, and I have to say they are well deserved. This game stinks. Just look at those IAPs.

>>>Also read: Reasons Why Warhammer 40000: Mechanicus Is A Good Game

If you have an application in mind for the next issue of the roundup, feel free to send us a comment to let us know. Download more app in link