What is Fantasian game? Why this game is one of the best Android games so far? Let’s check out for the answer.

When Fantasian was first announced and the developers showed off a unique world filled with diorama-made graphics and detailed 3D characters, it begged the question of how it was possible to achieve such fidelity on a mobile device. Now that we have it in hand, Fantasian not only delivers on what we’ve seen but it plays like a dream, too.

Hironobu Sakaguchi has been blessing consoles with his Final Fantasy games since the beginning, and while this game feels different enough to distinguish itself from previous titles in the series, it is absolutely that style of a role-playing game. Bringing a console-quality role-playing game to mobile I’m sure wasn’t easy, but it delivers the classic feel of the RPGs beloved the world-over and takes the genre into uncharted territory with an art style that delivers an unreal clarity and nearly tangible detail that is breathtaking as each new scene is revealed. While the current build of Fantasian is only the first installment of a two-part adventure, there’s a huge world to explore with plenty to do. 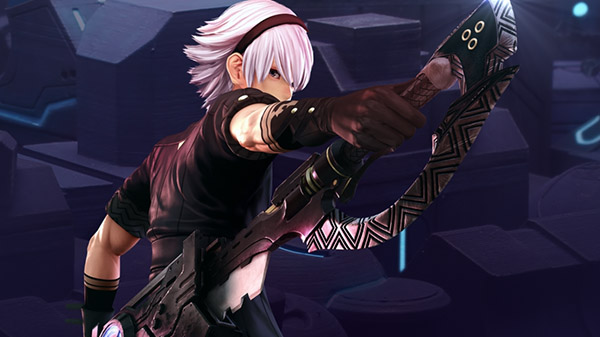 Your protagonist Leo awakens from an explosion with only his name and a singular memory. His robotic companions, Prickle and Clicker, try to help him fill in the gaps as by explaining how he got there, what his mission is, and how they can escape the factory they currently find themselves in. Dialogue between Leo and the robots is witty and sometimes hilarious and adds a lot of personality to the interactions.

A combat tutorial then fires up almost immediately afterwards, which shows off the unique direction-based skill system and how to target multiple enemies at once. Turns between your characters and foes are shown in a helpful graphic at the bottom of the screen and will allow you to easily determine the course of action you should take.

Once you finish off the robots attacking you, you find that controlling the main character Leo is quite easy, as you place a pin down by pressing on the screen, and he will walk there automatically. You can also hook up a controller and the game controls phenomenally that way with the control sticks, but if you don’t have one, then tapping on your screen is the only way to go. Interactions appear as you move near items, searchable areas, or dialogue with characters, which makes exploring the beautiful 3D-scanned dioramas even more engaging.

Battles are fought randomly as you travel the landscapes, but eventually, you’ll be able to activate the ‘Dimengeon’ system, which lets you send the random encounters to a dimension where you can fight them later when you’re ready to do battle. This twist on the classic formula provides the feel of the original games while giving players who are used to modern systems an alternative solution.

Sakaguchi actually brought in veterans from the movie and animation industry to assist him in constructing the more than 150 dioramas used for the game. Each environment is lovingly crafted with hand-designed details that bring charm and life to the photo-realistic towns and outdoor areas. While they don’t always match up one-to-one to the bright 3D characters, they add so much to this game’s visual aesthetics that it’s impossible to compare it to anything other than the peculiar rise of claymation in the ‘90s. 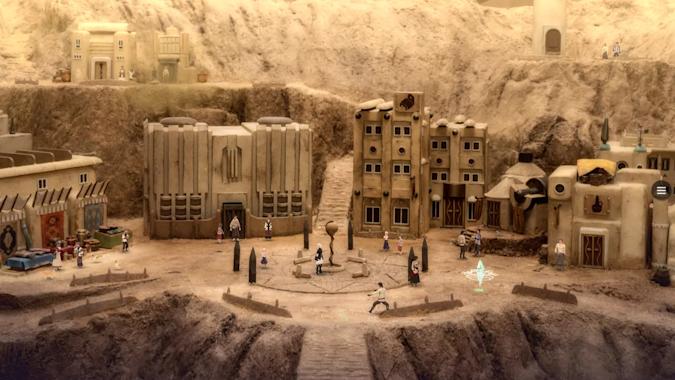 Complimenting the gorgeous art and the game’s unique battle systems are a sweeping soundtrack from none other than Nobuo Uematsu, the composer for the original Final Fantasy games. Each tune possesses an endearing quality and encapsulates the mood of adventure, whether it’s through the wind-torn town of En or the lush foliage of the Southern Forest.

Whether you’re meeting new characters, fighting huge bosses, or just enjoying the views, you’re going to find an engrossing experience in Fantasian. Every interaction feels like the classic RPGs you know and loves with a modern twist, and it’s amazing to see pre-rendered backgrounds again and looking fantastic as well. While the story may seem like the ‘main character gets amnesia’ trope that we’ve seen ad nauseam, there’s plenty of interesting revelations from each memory recovered, including some really fascinating mini-stories with their own hand-drawn art and music that bring Leo’s plight to life in a refreshing way.