Since its launch, Biomutant has caused a bunch of arguments on many game review sites. So, is it a good or a bad game? Check out this topic now for the answer.

Biomutant is unashamedly weird. Like, straight up, “What was the developer thinking when they made this?” weird. It’s full of gibberish and nonsensical words, teeming with objectively ugly-looking creatures and underpinned by a hodgepodge of different gameplay mechanics that honestly have no right coexisting together.

And yet, as detrimental as this off-the-wall and overly excessive approach can be, it’s also one of Biomutant’s greatest strengths. There’s something delightfully refreshing about playing a game that isn’t afraid to throw caution to the wind just to see what sticks.

Case in point: Biomutant will see you urinate on wayposts, commandeer a hulking, mechanical machine known as Mekton, and battle a snarling, fluffy purple monster known as a Jumbo Puff. You’ll also catch squirrel-like creatures with a net, rifle through piles of trash, spend time learning Wung-Fu with your Mooma, and wield weapons like the Bangbisky Jupspitko – whatever that’s supposed to be.

If none of that makes sense, well, welcome to Biomutant – a game that’s the equivalent of flambéing all your leftover ingredients in a pan in the hopes that something comes out edible. It might not be the finest meal you’ve ever made, but who cares? As long as you don’t get diarrhea, no harm is done. 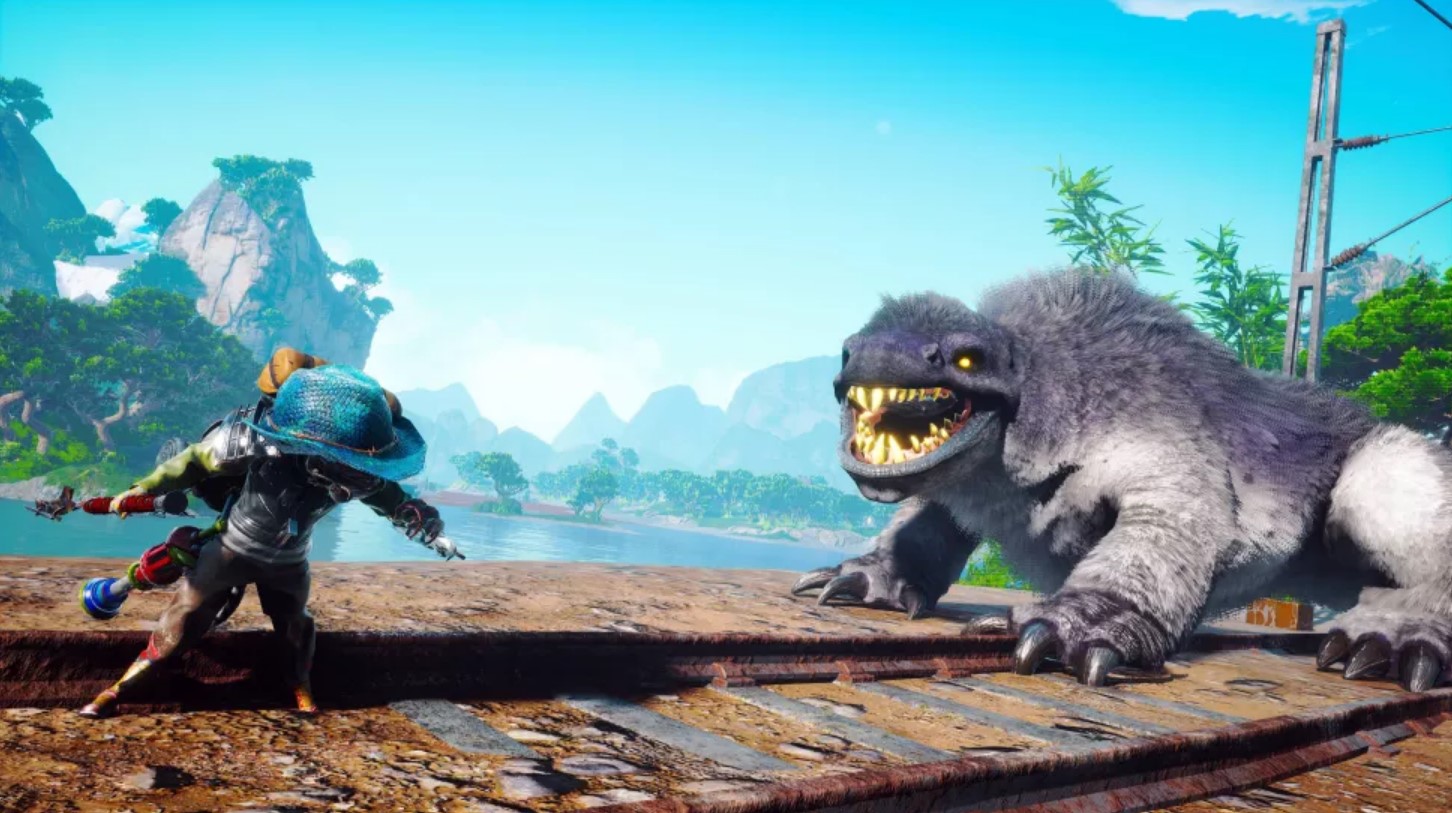 So what type of game is Biomutant, then? Well, fundamentally, it’s an expansive, open-world RPG with all the trimmings that we’ve come to expect. Your player-created character – who can somehow look surprisingly cute and grotesque in equal measure – has various skills, attributes, and perks to learn as you gain experience from completing quests and battling enemies.

You can shape your furry friend however you see fit, too, but a class and breed system will give your mangy mutant some additional attributes. You won’t be locked into any set path, though, which means you can still wield every weapon and learn all the skills the game has to offer.

Speaking of weapons, there are countless oddball creations to find in Biomutant’s post-apocalyptic world, one that is now ruled by anthropomorphic animals due to the neglectful actions of the human race.

From melee and ranged combat, the game provides ample amounts of weaponry for players to wield, and there’s an impressive crafting system that lets you make your own Frankenstein-like creations. Everything you equip is reflected in-game, too, which is always a nice touch and results in your character looking suitably daft.

Freak off the leash 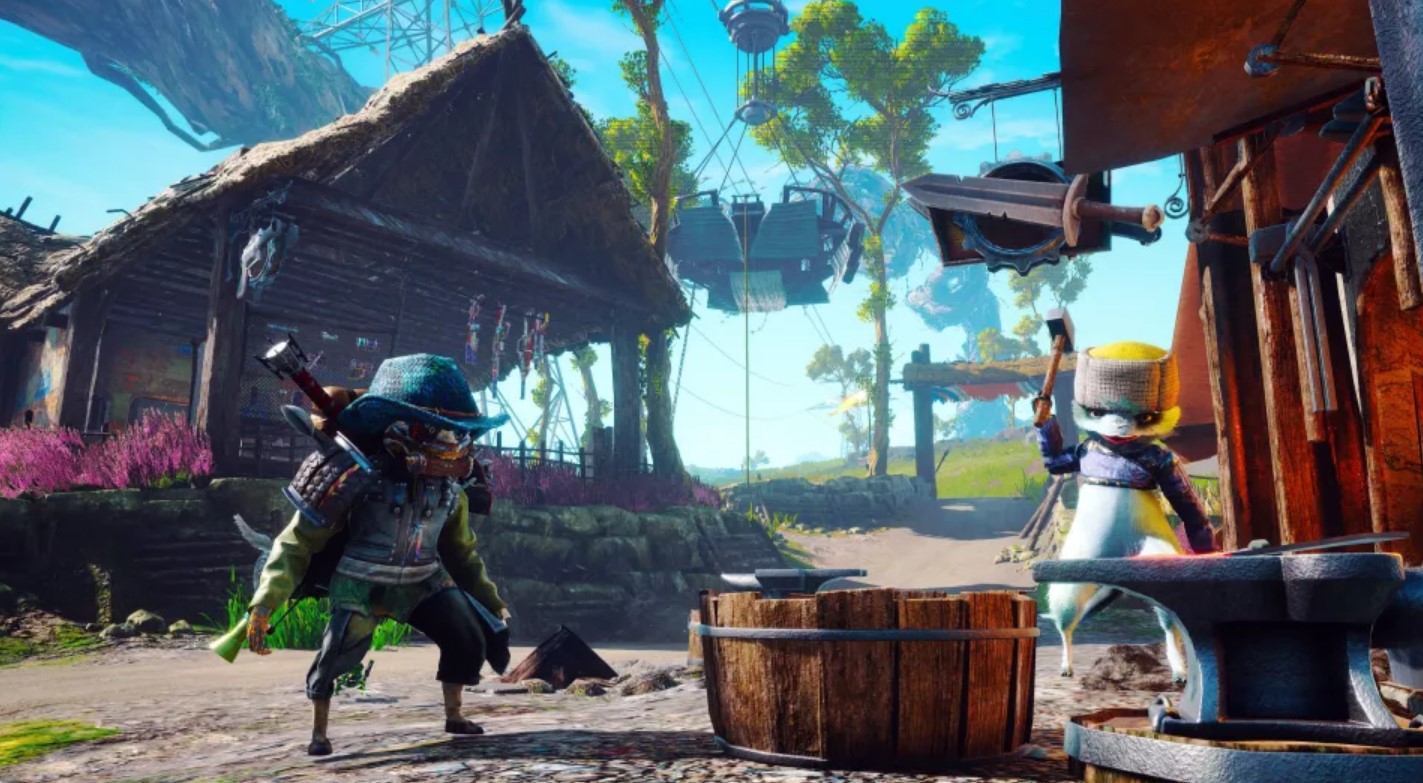 Biomutant’s combat system can be best described as a child-friendly take on Devil May Cry, but it doesn’t provide the same tangible feedback of Capcom’s stylish brawler – even though certain moves are punctuated by comic book callouts. While the majority of combat is performed using melee and range-based attacks, you can also perform Psi-Powers that let you inflict elemental damage to enemies.

It’s all pretty straightforward, then, but Biomutant presents these familiar mechanics in such a screwball way that it’s hard to dislike it. It also adds in gameplay elements just for the fun of it, like a light and dark Aura System. You’ll gain either a light or dark aura depending on the answers you choose during dialog and the types of actions you take, and your aura will affect the way the world’s characters approach you and which special abilities you can unlock. Was it necessary? Not really, but it’s there.

And then there’s the narrator, who’s bound to be divisive. An elderly-sounding gentleman comments on every action your hero makes relays back every conversation you have and attempts to piece the game’s convoluted story together. If you’ve ever wanted to hear someone talk utter nonsense for hours at a time, Biomutant’s narrator is your guy. It’s quite the feat, really. 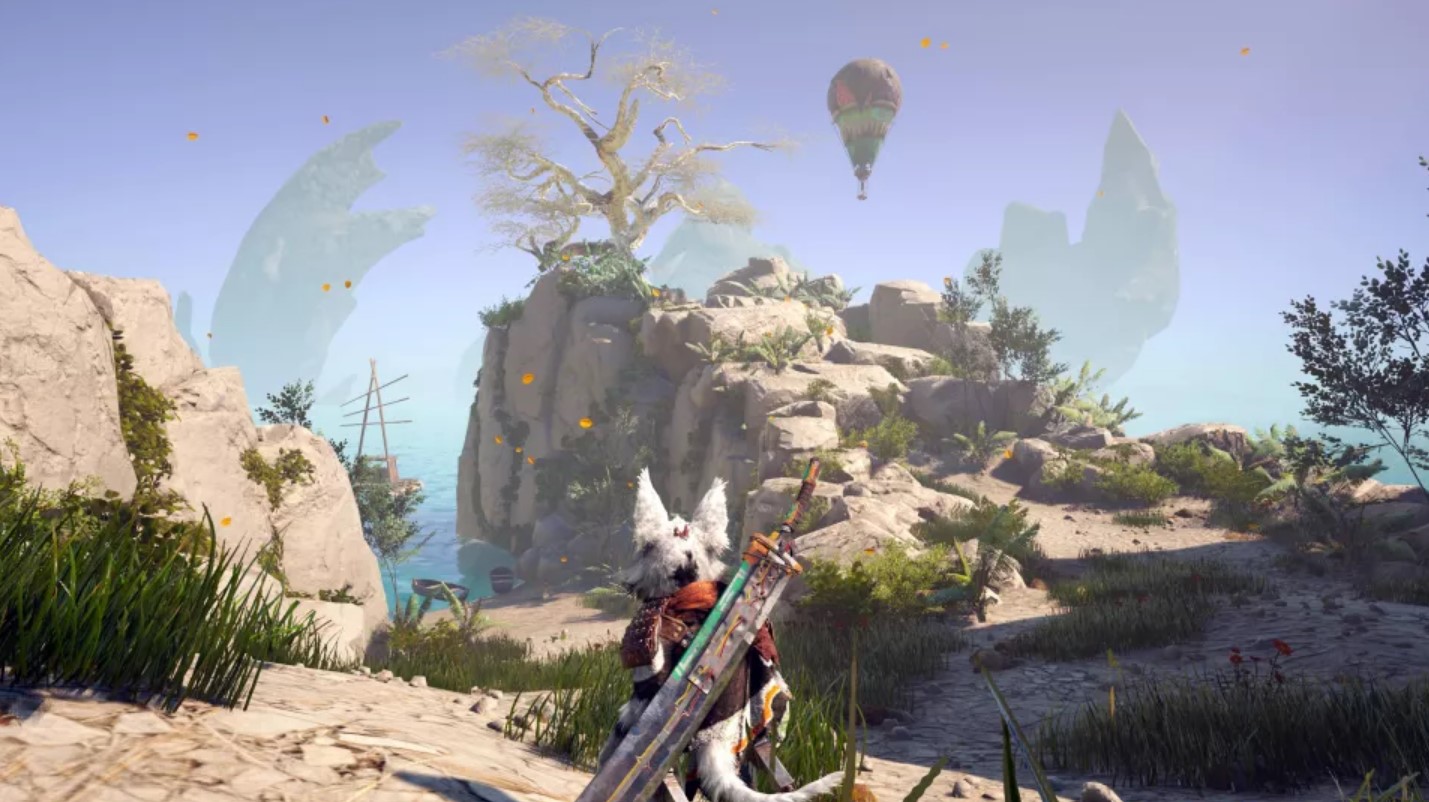 Biomutant definitely hasn’t been designed by a committee that is only interested in maximizing sales, then – it’s clear that it’s been a labor of love for developer Experiment 101, who first revealed the game back in 2017. I genuinely think it’s got the potential to become a bit of a cult classic for just being so brazenly bizarre, and it might just be the kind of eclectic palette cleanser that some disenchanted gamers might be craving.

Biomutant reminds me of something like Banjo Kazooie: Nuts and Bolts, which famously put aside its classic platforming gameplay to focus on building vehicles instead… because why not. It certainly wasn’t for everyone, but sometimes that’s what this industry needs. Biomutant lets its freak flag fly, for better or worse.